Goldman Sach’s answer to Coinbase will allow for the trading of ETC/USD as first reported by CCN (not CNN).

A USD onramp will be huge for ETC, it’s already a preferred method of moving funds. Many traders I’ve spoken to like ETC because of its speed and low transaction fee (half-cent to 1-cent transactions).

With ETC sidechains coming out later this year I think we’ll see ETC keep up with the increased usage Circle Pay will bring. 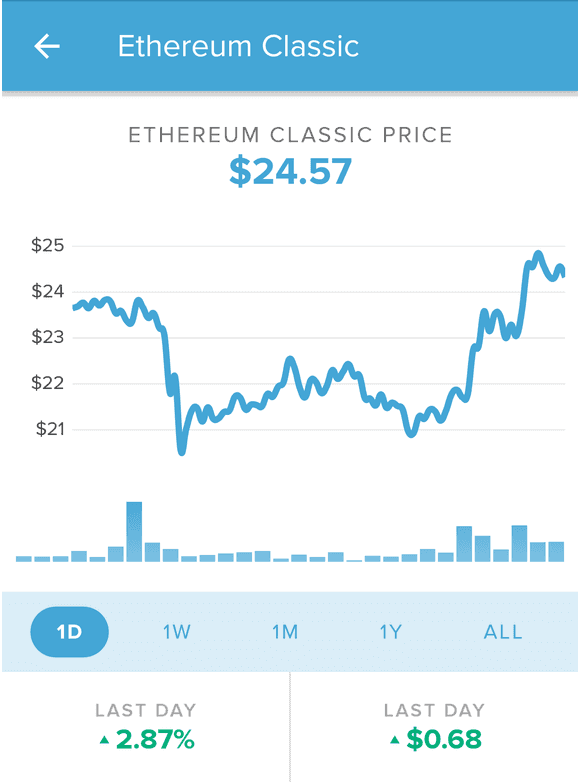 Very long overdue improvements are coming to ethereumclassic.org, we’ll be bringing the site up to modern standards and making it far more informative for new users and developers alike.

I could write an entire article about it but want to keep this short so if you want to learn more about the redesign and provide some input then please respond to the forum post.

We’ll have mockups in a couple of weeks for a more visual preview so stay tuned for further announcements.

The contract is live and located here, just awaiting two of the signers to approve their test transactions.

We’ll be using it to fund various bounties and other proposals which will be posted in the Ecosystem Proposals category on the forums.

If you want to submit a proposal feel free to make a new post, just remember to follow the template if you’re submitting a funding request.

We’ll be turning off the difficulty bomb at block 5,900,000; expected to occur around May 8th. ETCDEV has contributed the code for this fork and no, there are no new coins, this is a network improvement, not a cash grab, please stop asking.

This bomb was originally put in place by the Ethereum Foundation in order to push the network towards PoS. However it has become apparent that PoS is both far more complicated and risky than originally thought. So rather than further delay the difficulty bomb we’re simply going to remove it and stay PoW since it works.