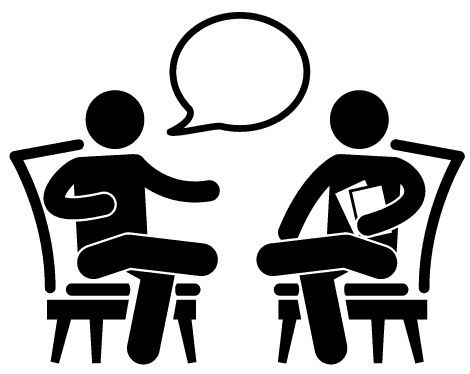 A talented developer referred to as Dexaran funded and formed the Ethereum Commonwealth, the third Ethereum Classic (ETC) development team. Dexaran has been accused of being the DAO attacker. Here are Dexaran’s answers to some questions:

Tell us a little about yourself.

I prefer to stay a pseudonymous person, thus, I can only tell [you] that I live in Russia. I could say that my main direction is “information security and cryptography”. I came into [the] crypto space seeking [the] opportunity to protect myself from the influence of “uncontrollable centralized authorities” (such as Russian government) and the opportunity to resist censorship since this is [extremely] relevant in my country.

Why do you support and believe in ETC?

I have two main reasons to be here, in [the] ETC community[:]

The first and the most important one is my ideology. Each blockchain project consists of two core parts: a protocol and a history of transactions. Ethereum is a good protocol but Ethereum’s history of transactions was violated by TheDAO hardfork. Ethereum C[l]assic is exactly the same protocol but [with] a clean history of transactions. I’m not against hardforks and I’m not against Ethereum. I am against a violation of someone’s rights after they were given. TheDAO hardfork was exactly the result of [the] “the influence of centralized authorities” which I do not support. As the result, I’m in [the] C[l]assic camp. I can not say that [the] Ethereum Foundation was wrong. I will say that we think different[ly]. Let people who believe in [the] Ethereum Foundation join Ethereum and people who believe in decentralization and censorship resistance join C[l]assic.

The second reason is that I had some ideas of how to improve Ethereum. I thought that it [would] be easier to realize [these] ideas for ETC, but now I see that I was wrong. I was told[,] “Go propose [a] new token standard on Ethereum and if they decide that it is a good idea then we will follow” when I came with a proposal to fix a bug in [the] ERC20 token standard[,] which [has] caused millions of dollars [of] loss already. [The] ETC community is smaller[,] but it is much more conservative[,] and it is harder to achieve an agreement about new features compared to Ethereum.

Why do you wish to remain anonymous?

Some might consider my views radical enough. I’d like to remain anonymous for now, but I think that someday I will deanonymize myself.

Why did you feel it was necessary to create a new ETC development team?

There was a slight discrepancy between my vision of what should be done and what the existing teams were offering.

There was a proposal to establish a treasury for Ethereum Classic. It could solve [the] problems of financial transparency and [the] lack of [a] governance system. Unfortunately, it was rejected.

The second reason to create a separate team was that none of the existing teams [were] working on solving already-existing problems. Both [of] our teams are working on moving forwards but no one tends to learn from Ethereum’s mistakes and solve any of the already-existing problems or prevent the emergence of Ethereum’s problems. Someone had to solve [the] existing problems, for example [the] loss of money due to [the] token standard flaw or [the] lack of [a] browser extension for accessing Ethereum (C[l]assic) enabled distributed applications. There was MetaMask for Ethereum, but there was no analog that supports the [Classic] chain. MetaMask is a key point for most [dapps] that require user interaction with them. For example[,] you [cannot] create a fully decentralized exchange and let someone use it without MetaMask. That’s why I decided to work in this direction. There are still many problems that have to be solved yet.

What are your main goals for the ETC Commonwealth?

The main goal is to develop solutions [for] those problems of the ETC network that no one is willing to solve.

Currently, the most important problems of ETC are:

Address-to-address messaging seems to be the most relevant for me because no one else is working in this direction. It is a great problem of the whole Ethereum ecosystem. I’m planning to create a global smart-contract based messaging service which will allow you to contact [the] owner of any address directly. This will liquidate [the] problem of “I sent my ETC to some ETH address and I don’t know who owns it and how to contact him”.

What is the size of the team currently?

Can you describe your management style and how the system works?

Unfortunately, I have not raised enough funding to hire a professional manager to form a separate group to work on more tasks simultaneously.

Ethereum Commonwealth is now open for contributions. Ideally, I see it as a “local treasury” where everyone can define a task and anyone else can propose a solution and receive payment from [the] ETC [Commonwealth] fund if the solution [is] accepted.

We have a decision making process based on token voting. This utilizes blockchain advantages to resolve conflicts of [interest] transparently.

Some have suspected that you are the DAO attacker. Would you mind addressing

I can only say that I never hacked TheDAO. If I were [T]heDAO hacker then why do I need an ICO to fund my own team?