In a parallel universe near you… 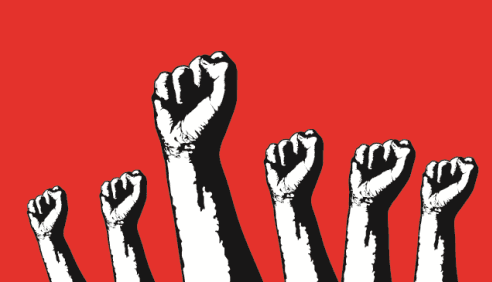 “IT’S JUST NOT FAIR!” shouted Gully Bull into his microphone so loud his voice thundered over the audience. Bull is the car delivery business owner and activist who put together the Save Toll Equality March On Washington. Toll equality is the principle that every vehicle should pay the same toll road fees. Small cars pay an average of $5 at most toll roads. Big 18 wheelers pay $30 or more depending on their weight. Intertoll Service Providers (ISPs) that manage the national toll road network (Intertoll) argue that heavier vehicles should pay greater fees since they cause more road wear. Former President O. Bammer required the Federal Cargo Commision (FCC) to begin a policy enforcing toll equality: “This is the great moral issue of our time. Nothing less than the very survival of the Intertoll is at stake.” Unfortunately for President Bammer, his chosen successor lost in a stunning upset to now President Trunk. Gully Bull and others were terrified that now ISPs would continue charging different vehicles different toll fees.

Trunk’s new FCC could have weathered Gully Bull’s trouble making. However, there were thousands of other like minded “Gully Bulls” all over the country. Furthermore, all the major trucking companies had poured millions into the Save Toll Equality campaign. Facetruck CEO Mark Tuckerberg donated $50 million. YouTruck CEO Eric Smith donated another $40 million. Major media outlets blared constant headlines about the Save Toll Equality movement. Every American was talking about it.

Just two hours before Gully Bull’s current speech, the massive campaign had finally forced Trunk’s FCC to reverse its position. “Today I stand before you, not as a small business man, but as an American. An American that wants an Intertoll that is not just affordable for us, but, also for our childrens’ children.”

“IT’S JUST NOT FAIR!” screamed Gully Bull into his smartphone to the CEO of Verizone, the largest ISP in the nation. Since toll equality, many ISPs went out of business. Verizone survived thanks to a massive rate hike. It was easy since much of their competition disappeared. Although everyone now paid the same, the new $10 rate was double the previous $5 for small cars. Truckers fared better as $10 was one third of their previous $30.

“Mr. Bull, we believe in treating everyone fairly and strictly honor toll equality on all our toll roads. We raised our rates on small cars to cover the extra wear from heavier trucks. We also had to make up the lost revenue from the new lower truck rate.”

“Yes but $10 is killing my car delivery business! And, you’re giving the truckers a handout!”

“I’m sorry you feel that way. Please take up any further concerns with the FCC. Good day.”

The next week, Gully Bull’s company went bankrupt and the country slid into a recession. Facetruck and YouTruck reported record quarterly earnings.