I will discuss money and monetary policy as well as give details regarding cryptocurrencies.

Another abstract example is a tally stick. It can record economic transactions much like a blockchain: 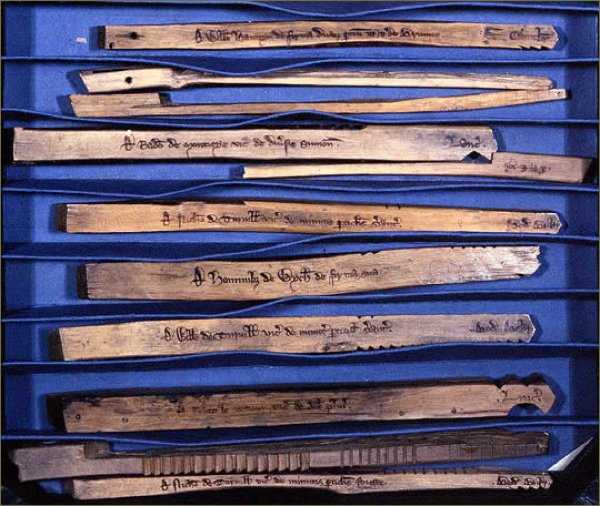 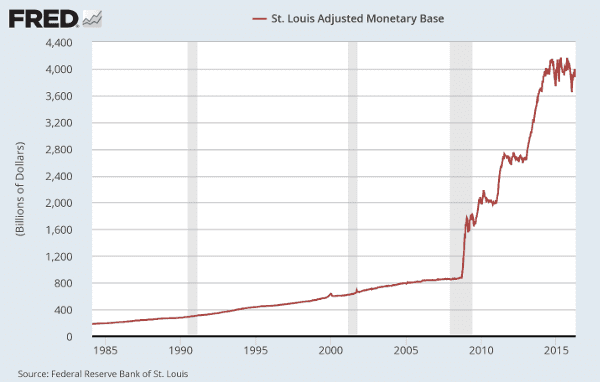 Satoshi Nakamoto set up Bitcoin to have a fixed long term money supply. He was likely concerned about the possibility of corruption otherwise. He placed the following Easter egg in the first (genesis) Bitcoin block: "The Times 03/Jan/2009 Chancellor on brink of second bailout for banks". This refers to the following newspaper cover: 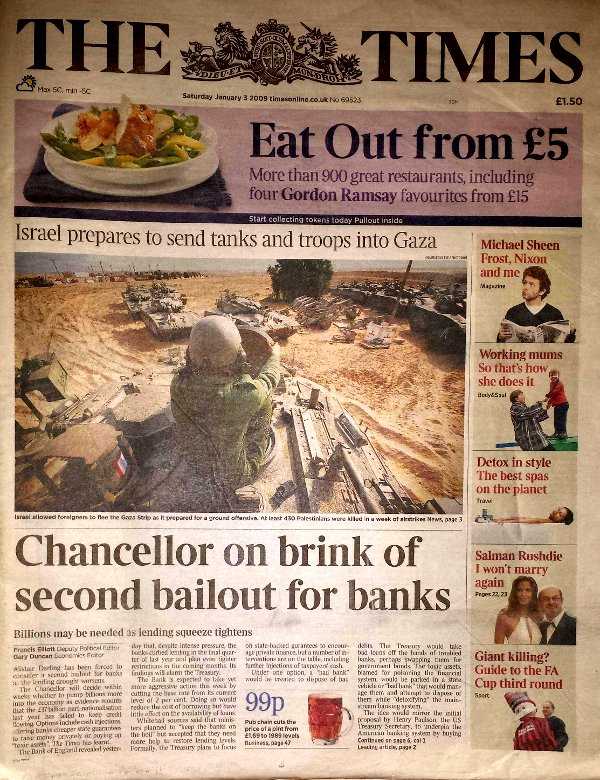 "You could say coins are issued by the majority. They are issued in a limited, predetermined amount... there is nobody to act as central bank... In this sense, it's more typical of a precious metal. Instead of the supply changing to keep the value the same, the supply is predetermined and the value changes."

"The price... tends to gravitate toward[s] the production cost. If the price is below cost, then production slows down. If the price is above cost, profit can be made by generating and selling more. At the same time, the increased production would increase the difficulty, pushing the cost of generating towards the price. In later years, when new coin generation is a small percentage of the existing supply, market price will dictate the cost of production more than the other way around."

In addition to mining difficulty, fluctuations in cryptocurrency demand can affect prices. Satoshi Nakamoto believed that Bitcoin economy growth could offset the inflationary effects of the (temporarily) growing money supply:

"The fact that new coins are produced means the money supply increases by a planned amount, but this does not necessarily result in inflation. If the supply of money increases at the same rate that the number of people using it increases, prices remain stable. If it does not increase as fast as demand, there will be deflation and early holders of money will see its value increase."

Furthermore, the rate of Bitcoin money supply growth is decreasing. The money supply will never exceed 21 million BTC. These attributes should help control inflation. Satoshi Nakamoto believed lost Bitcoin would also help manage inflation due to the decrease of money in circulation:

"[T]here will be natural deflation due to payment mistakes and lost data. Coin creation will eventually get slow enough that... we'll have net deflation."

Unlike Bitcoin, Ethereum and Ethereum Classic currently do not have fixed long term money supplies. There are ongoing discussions in both communities about potential changes to their monetary policies. Any modifications will also likely affect prices.

Cryptocurrencies are innovative types of money with monetary policies that in general have strong protections against abuse. Cryptocurrency prices can vary due to many factors. As more people understand these technologies, hopefully they will gain the confidence to benefit from them. In the words of the inventor of blockchains:

"It's very attractive to the libertarian viewpoint if we can explain it properly."